Built in 1919 by the Climax Locomotive Works of Corry, PA, No. 9 a rare, Class C (3-Truck) model. Of the hundreds built, No. 9 is currently the sole operating Class C survivor and one of just three in existence.

The No. 9 was delivered new to the Moore-Keppel & Company, based out of Ellamore, in nearby Randolph County, WV. Then numbered No. 6, the locomotive augmented a fleet of smaller and older 2-truck Climax locomotives and provided the brute power needed to haul log trains from woods to mill. By 1946, with lumbering played out and the Ellamore mill shuttered, Moore-Keppel & Co. turned it’s attention to coal. No. 6’s new assignment was hauling coal trains from the Cassity Mine to an interchange with the Baltimore & Ohio Railroad at Midvale, over the former 13-mile logging railroad. By 1958, after years of hard use over steep grades, No. 6 was put out to pasture. Sister Heisler No. 7 took over duties until the railroad completely dieselized in 1960.

After languishing in the Ellamore yard for over a decade, No. 6 was purchased by Robert L. Johnson. Movement to his “Whistles in the Woods” museum never materialized and the forlorn-looking locomotive was sold to the State of West Virginia. No. 6 arrived at Cass in 1970 with a bright future in sight. A restoration to service soon commenced and an estimated 20% of work was completed before disaster struck. On July 23, 1972 a fire devastated the Cass locomotive shop, leaving the No. 6 trapped inside during the blaze. Work on the Climax was put off indefinitely, until 1998, when the rusted locomotive drew the attention of Mountain State Railroad & Logging Historical Association volunteers. The organization put a plan in motion to completely rebuild the locomotive. From 2002 until 2015, volunteers worked to rebuild the worn-out carcass. In early 2016, the project was handed over to the Durbin & Greenbrier Valley shop crew for completion and the newly minted “No. 9” was officially debuted during September 2019’s Heritage Weekend. The Cass Scenic Railroad now has the title of having operating examples of all three major geared steam locomotive types. 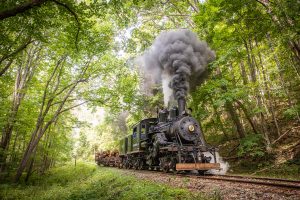 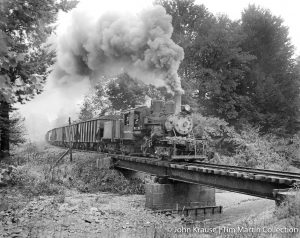 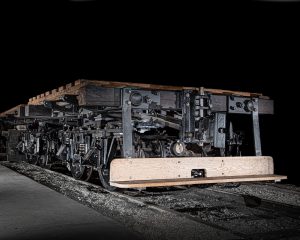 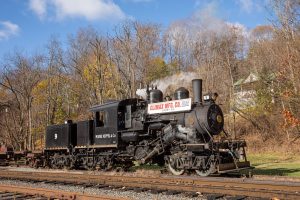 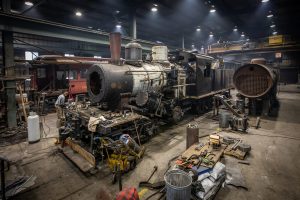 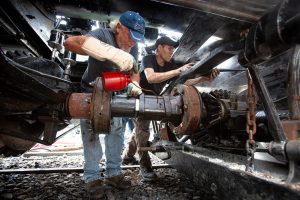 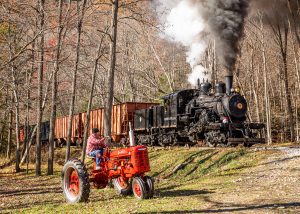 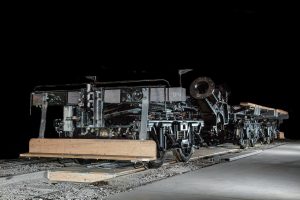