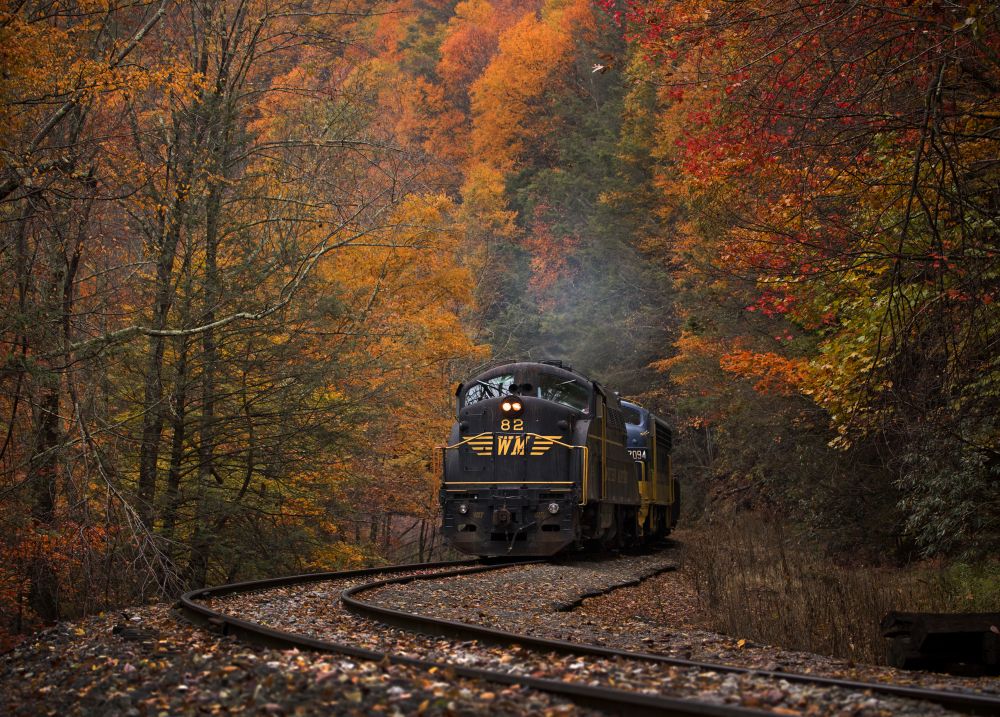 Mountain Rail Adventures is operating a special “Full Moon” nighttime train on Wednesday July 1 from the Cass Depot to Bald Knob. The 5.5-hour round-trip steam-powered passenger train leaves from Cass Depot at 7:00 PM and will feature an extended layover at a moonlit Bald Knob overlook, an elevation of 4,843 feet. A similar “Blue Moon” excursion will operate again on Friday July 31st on the same schedule.

Independence Day weekend festivities will feature an Old Fashion Weiner Roast on the mountain at Whittaker on the evening of Friday July 3rd. Ride behind a coal-fired steam locomotive form historic downtown Cass on a three hour round-trip train excursion to Whittaker for an old fashion campfire, music, and a nighttime train ride back to Cass. The train leaves at 7:00 PM and returns at 10:00 PM.

Gather in Elkins on Saturday July 4th for a “Great Homegrown Bluegrass”. An authentic mid 20th century diesel powered train will depart from historic downtown Elkins at 11:00 AM for a scenic journey along the Cheat River to the High Falls of the Cheat for a bluegrass bash at High Falls! The four-hour round-trip ride includes an on-board lunch buffet.

The famous “Great West Virginia Train Race” will be held on the weekend of July 18-19, as coal-fired steam locomotives from Cass join with the diesel-powered Cheat Mountain Salamander train at the old town site of Spruce to battle for the position of “Most Powerful Mountain Climbing” train in West Virginia both on Saturday and Sunday. The great train race will include live entertainment and a picnic at Spruce. Trains depart from the historic depots of Elkins, Cheat Bridge, or Cass.

July will offer Tuesday-Sunday passenger train rides from Cass to Whittaker and Bald Knob using century old steam locomotives. From Elkins, the diesel-powered New Tygart Flyer and Cheat Mountain Salamander trains feature Thursday-Sunday trips to High Falls of the Cheat and Spruce! In Durbin, ride behind a rare coal-fired Climax locomotive along the Greenbrier River. For additional scheduling and pricing information on all of Mountain Rail Adventure trains, please visit www.mountainrail.com and  on social media at #mountainrail